There are two types of Live vote; Single and Group. When a poll is open, the agenda item will be displayed (pushed) to your screen along with the voting options. Submit your response by selecting the relevant voting option. When selected, your choice will be highlighted and your vote is captured in real time in the Lumi AGM database. If there is more than one choice to select you will need to press send. 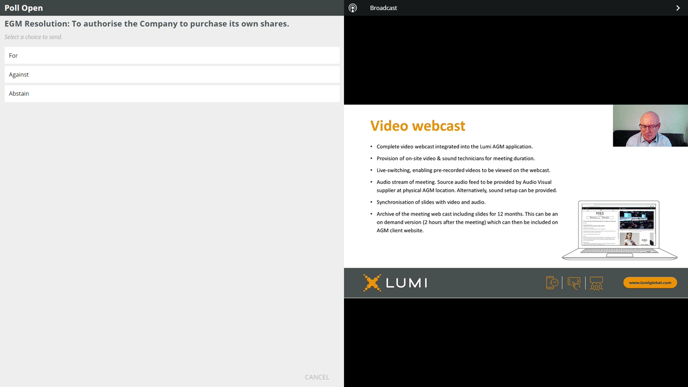 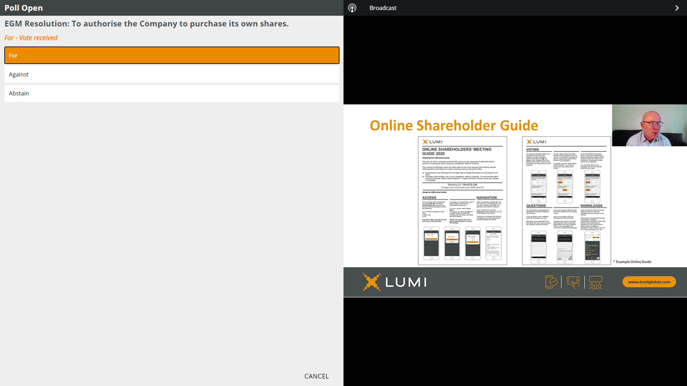 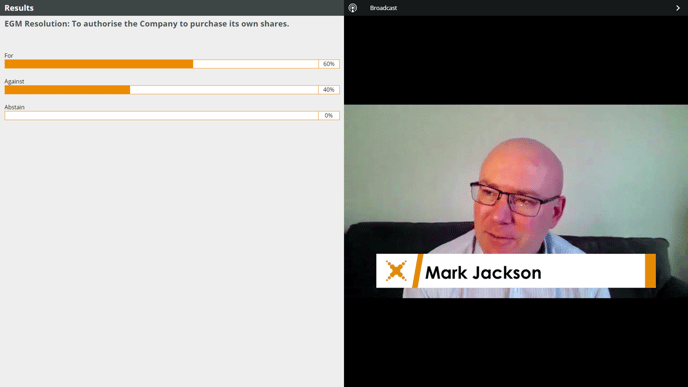 When opened, group polls can be accessed from any screen by pressing the voting icon. The poll for all agenda items/Resolutions being put to the meeting will be displayed (pushed) to your screen so you can vote in your own time, at your own pace. You can change your mind by selecting another choice which will override your previous selection. If the poll is closed and subsequently re-opened, all votes already received will remain on the screen. You can change your mind as many times as you wish whilst the poll is open. When the poll closes, your confirmed votes will temporarily appear. 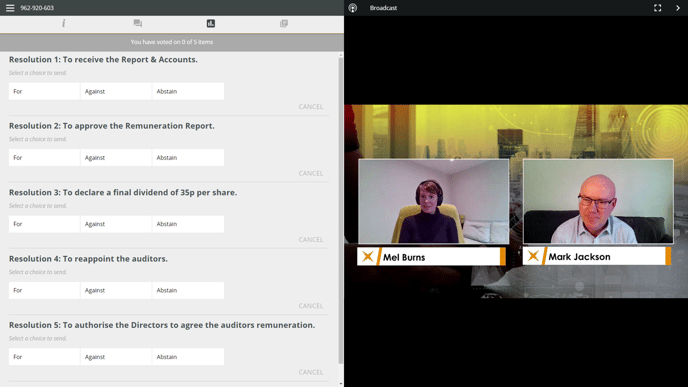 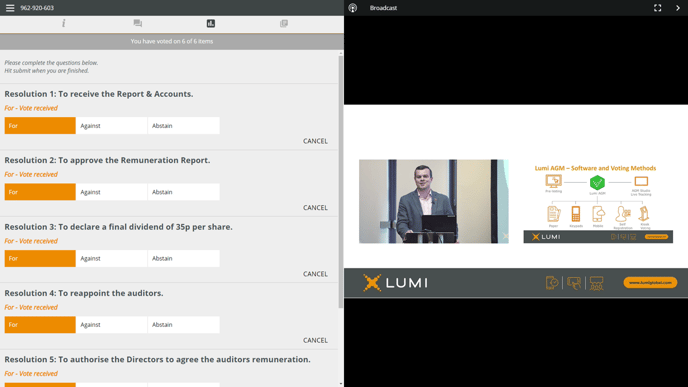 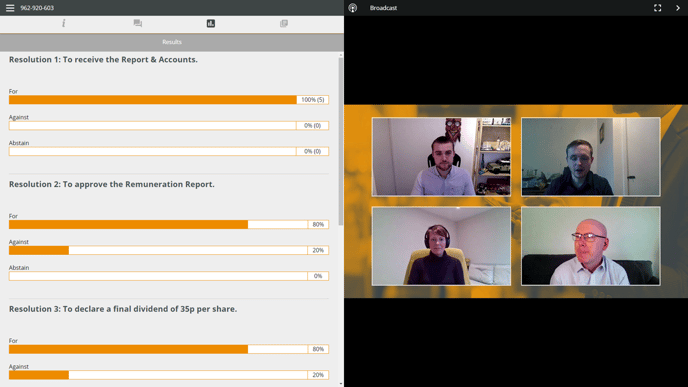 Reviewed and Approved by Product Team